In late 2020, in the midst of great struggle and uncertainty, SRJC received a gift that was truly a testament to the power of philanthropy and commitment to community. The national Board of Directors of Kaiser Permanente (KP) awarded a grant of $1,000,000 to Santa Rosa Junior College to support the new Affordable Student Housing project on the Santa Rosa campus.

This project was initiated by Santa Rosa Junior College following the 2017 Tubbs fire that devastated Sonoma County destroying over 5,000 structures and affecting nearly 1,000 SRJC students who lost homes, exacerbating the struggles of the community already dealing with exorbitant housing prices and widespread homelessness. Student housing insecurity became a major concern for SRJC, and the results of a 2018 feasibility study performed by Scion Advisory Services showed strong demand for student housing on the Santa Rosa campus. In the meantime, the community has continued to contend with crises, including devastating floods, blackouts, more wildfires and evacuations, and now the immeasurable consequences of a global pandemic.

In order to expedite the project and provide the necessary financing, SRJC chose to pursue a public-private-partnership (P3) model with Servitas Collegiate Real Estate Services as the student housing developer partner and National Campus and Community Development Corporation (NCCD) as the tax-exempt borrower. The project was carefully vetted over two years and was in final review by the California Division of the State Architects. However, local fires caused escalation in construction costs and the project stalled once the original budget was surpassed. Efforts were made to reduce costs through value engineering, but a significant gap remained. The grant from KP came at a pivotal time and had an enormous impact, allowing the project to move forward.

An official groundbreaking ceremony took place in October 2021 where the project was celebrated by the campus and entire community in anticipation of planned opening in August 2023.

Now that the capital cost and financing of the project are covered and construction is underway, the SRJC Foundation has launched a fundraising effort to create a new Student Housing Endowment to help low-income student residents with rental assistance and other basic needs. There are a number of naming opportunities in the new building ranging from $10,000 - $1,000,000 for donors who contribute to the Student Housing Endowment.

Gifts to the Student Housing Endowment allow for named spaces that will be recognized by student residents and visitors to the building for generations to come. More importantly, those gifts will help to fulfill the promise of higher education and provide opportunity for immediate impact in the lives of students and the community we share.

For a full list of Student Housing naming opportunities and ways to support the Student Housing Endowment, contact Executive Director J Mullineaux at 707-527-4797 or jmullineaux@santarosa.edu. 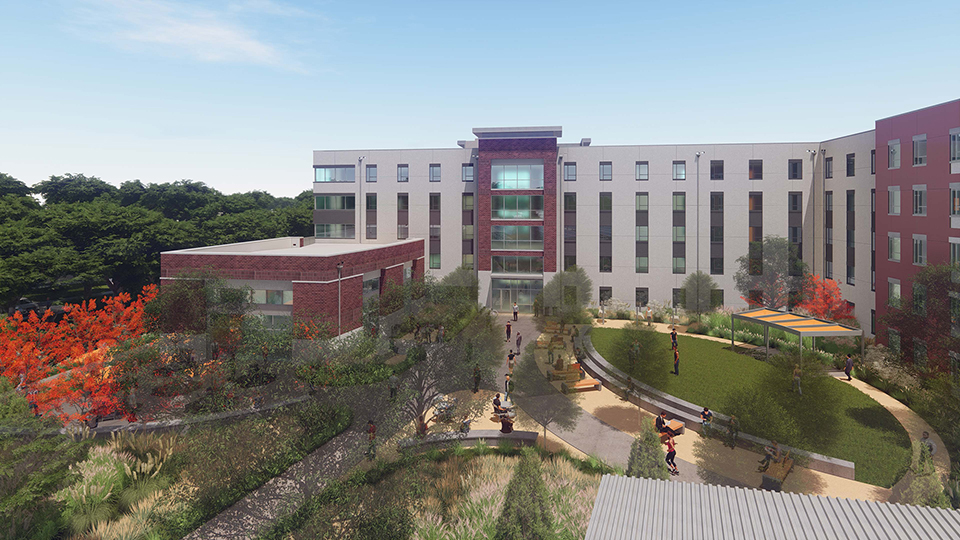